How Huge The Night - Reviewed

This week, the
Christian Fiction Blog Alliance
is introducing
How Huge the Night
Kregel Publications (March 9, 2011)
by
Heather Munn and Lydia Munn

Heather Munn was born in Northern Ireland of American parents and grew up in the south of France. She decided to be a writer at the age of five when her mother read Laura Ingalls Wilder’s books aloud, but worried that she couldn’t write about her childhood since she didn’t remember it. When she was young, her favorite time of day was after supper when the family would gather and her father would read a chapter from a novel. Heather went to French school until her teens, and grew up hearing the story of Le Chambonsur-Lignon, only an hour’s drive away. She now lives in rural Illinois with her husband, Paul, where they offer free spiritual retreats to people coming out of homelessness and addiction. She enjoys wandering in the woods, gardening, writing, and splitting wood.

Lydia Munn was homeschooled for five years because there was no school where her family served as missionaries in the savannahs of northern Brazil. There was no public library either, but Lydia read every book she could get her hands on. This led naturally to her choice of an English major at Wheaton College. Her original plan to teach high school English gradually transitioned into a lifelong love of teaching the Bible to both adults and young people as a missionary in France. She and her husband, Jim, have two children: their son, Robin, and their daughter, Heather.

Fifteen-year-old Julien Losier just wants to fit in. But after his family moves to a small village in central France in hopes of outrunning the Nazis, he is suddenly faced with bigger challenges than the taunting of local teens.

Nina Krenkel left her country to obey her father's dying command: Take your brother and leave Austria. Burn your papers. Tell no one you are Jews. Alone and on the run, she arrives in Tanieux, France, dangerously ill and in despair.

Thrown together by the chaos of war, Julien begins to feel the terrible weight of the looming conflict and Nina fights to survive. As France falls to the Nazis, Julien struggles with doing what is right, even if it is not enough-and wonders whether or not he really can save Nina from almost certain death.

Based on the true story of the town of Le Chambon-the only French town honored by Israel for rescuing Jews from the Holocaust-How Huge the Night is a compelling, coming-of-age drama that will keep teens turning the pages as it teaches them about a fascinating period of history and inspires them to think more deeply about their everyday choices.

“The Munns have written an engrossing historical novel that is faithful to the actual events of World War II in western Europe during the tumultuous year 1940. But How Huge the Night is more than good history; it is particularly refreshing because the reader sees the conflict through the lives of teenagers who are forced to grapple with their honest questions about the existence and goodness of God in the midst of community, family, and ethnic tensions in war-ravaged France.”—Lyle W. Dorsett, Billy Graham Professor of Evangelism, Beeson Divinity School, Samford University

“Seldom have the horrors of war upon adolescents—or the heroism of which they are capable—been so clearly portrayed. I loved this coming-of-age story.”—Patricia Sprinkle, author of Hold Up the Sky

“The book expertly weaves together the lives of its characters at a frightening moment in conflicted times. As we read of their moral dilemmas and of their choices, we too wonder, Would I do has these in the story have done?”—Karen Mains, Director, Hungry Souls

If you would like to read an excerpt from How Huge the Night, go HERE


My Thoughts: Having read The Hiding Place when I was a young girl and then getting the opportunity to meet Corrie Ten Boom when I was a young adult this book really touched my heart. Written from the point of view of teens during the occupation of France during WWII. Julian is very upset about having to move from Paris to the countryside of Tanieux. Julian also doesn't like it when his parents take in a Jewish boy, Benjamin, who does nothing but insult Julian. Nina is the other teen in the story and her father's dying wish is to have her leave Austria and take her brother Gustav, pretend to be a boy before they are captured and sent to a camp for being Jewish.
The authors do a great job of putting you right in the middle of WWII. I felt like I was right there experiencing it with the characters! I highly recommend this book.
at June 08, 2011

Hi Andi, so glad you liked our book! That is amazing that you got to meet Corrie Ten Boom. 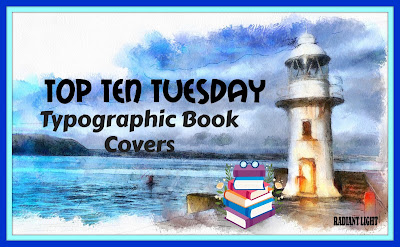