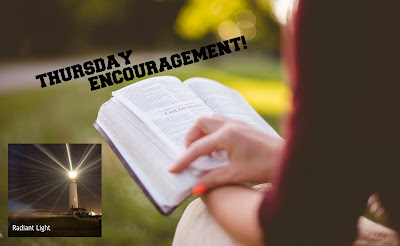 We've made it to another Thursday, and somehow we've turned the calendar over to October. I don't even want to know how that happened.

And a great crowd followed him and thronged about him. And there was a woman who had had a discharge of blood for twelve years, and who had suffered much under many physicians, and had spent all that she had, and was no better but rather grew worse.  She had heard the reports about Jesus and came up behind him in the crowd and touched his garment. For she said, “If I touch even his garments, I will be made well.” And immediately the flow of blood dried up, and she felt in her body that she was healed of her disease. And Jesus, perceiving in himself that power had gone out from him, immediately turned about in the crowd and said, “Who touched my garments?” And his disciples said to him, “You see the crowd pressing around you, and yet you say, ‘Who touched me?’  And he looked around to see who had done it.  But the woman, knowing what had happened to her, came in fear and trembling and fell down before him and told him the whole truth. And he said to her, “Daughter, your faith has made you well; go in peace, and be healed of your disease.”


I've loved this miracle since I was a young girl. I always thought the woman with the issue of blood had to be pretty bold to push her way into the crowd of people. According to Levitical law she was considered unclean so she shouldn't have been out in public let alone pushing around a crowd of people who at any moment could have started a riot. And then after she does all of that she reaches to Christ's garment and touches the hem.

In Malachi 4:2 But for you who revere My name, the sun of righteousness will rise with healing in His wings.

The woman believed that Christ was not only the Messiah, she believed rather knew that if she touched the fringe of His garment she would be healed. Christ knew her need before she even started pushing her way through the crowd.

There are just a few things we can take away from this miracle . . .

One - The woman had bold faith. So bold that she pushed through to reach Him. Since she was unclean by Jewish law I have no idea what could have happened to her had the crowd realized that she had also touched them.

Two - Jesus knew her need. He saw her, and not as somebody taking something from Him, as His daughter. Which is what He calls her. And what He calls us. His sons and daughters!

In 2004 I had brain surgery to remove my seizure focus. The night before my surgery I said to God, "tomorrow, I am touching Your garment, Jesus, and I am believing that You will heal me!" And He did! I was seizure free nearly three year's before active seizure's returned.
You see, that doesn't mean I'm still not healed. You might be asking why.
Fifteen years ago I was not only physically sick, I was emotionally, spiritually and psychologically sick. Christ healed the broken parts of me emotionally, spiritually, and psychologically for GOOD!!! According to my doctor's I'm considered controlled with regards to my physical health.
For me, I know that God has allowed the thorn of health conditions to stick around because it keeps me dependent on Him. You see, I'm a very stubborn, independent Italian and if I don't allow God to have complete control in my life my humanness takes over and I believe I'm ten foot tall and bulletproof. Which I am not so I can make a mess out of things.

He sees you, knows you, and calls you His child! Walk in that today! And every day!

Now, it's your turn . . . What is speaking to your heart today? Let me know in the comments.

Please visit my friends for some more Thursday encouragement. 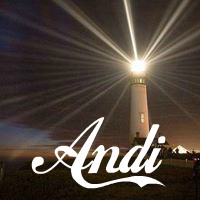 This is one of my most favorite moments in the entire Bible. It is the only place where Jesus calls someone "daughter." That one word proves that Jesus knew this woman's heart and knew exactly what she needed to hear in that moment. Jesus is amazing.

It does, Nicole. It also shows us that He knows us and gives us what we need at the moment we need it. He’s very amazing!!