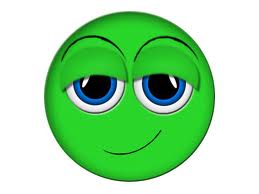 I really don't know why I should care about Amy Grant's divorce from Gary Chapman and her remarriage to Vince Gil, yet the whole situation bugs the socks off of me! I was one of those teen girls that sang her music in church and went to her concerts, I just couldn't believe she was divorcing Gary who helped her get where she was, and to make matters worse she married Vince Gil. I knew they had been together at Vince's farm recording, I had her Christmas album from that year, 93 I believe, and there was a photo in the jacket.

I think the reason it really bothers me is that I have gone through a divorce and my former husband cheated. While both Amy and Vince vehemently say they didn't have an affair, this article indicates something completely different.  http://tasteofcountry.com/vince-gill-amy-grant-marriage/  This article talks about how they met at the end of 93, and had a couple of concerts together.  Amy in her own words says, “I knew from the tips of my toes that he was unlike anybody I had ever met. I was just so overwhelmed by him as a person that I finally came up behind him and wrapped my arms around him and said, ‘I’ve needed to do this all night.’'

That is not something a married woman should be doing. Regardless of what was going on in her marriage to Gary Chapman, she had taken vows, and she was required by God to honor them until she was holding divorce papers, as was Vince. However, it is quite clear by even this article that friends saw the chemistry between them, and they were crazy about each other. With those statements only Vince, Amy, and God knows what went on behind closed doors.

To add insult to injury on her album House of Love that came out in 94 her and Vince sing the duet to the title song, House of Love. Both were still married, and singing a song about sticking it out in marriage, yet neither did.  It's like she really didn't even mean what she sang, it was just a performance, so we're just suppose to believe that's all behind her now. Words are just words . . . actions speak louder, as we all know.

And why is it wrong to hold Christians accountable? Why is it always called judging? I didn't see Jesus judging He held people accountable and instructed us to do the same. I believe if we held people accountable there would be less divorces within the Christian community. It doesn't have to be finger pointing either, it is simply, you say you are a Christian and this is what God's word says, are you sure that's what you want to do.

I am not heartless, Amy has a right to be happy, I have read that Gary was abusing drugs and there was some serious issues there, however, the rule still applies get the divorce done, heal before you even consider another relationship.

If I have learned anything from my divorce, and remarriage, it is that God has to be the center, and you can't leave any doors open or the enemy will be glad to come in and destroy what God brought together.

I would like to be able to enjoy Amy's music again, sadly I don't think I will ever be able to.

For whatever reason I am with you on their divorce. It bothers me whenever I think of it. And it is none of my business and do not know details, but I feel that you need to honor your vows and act married when you are. Once a divorce is final it is a different story.
Sheesh, I think I am getting worked up now =)

I go along with my life, and don't even think about it. Then Christian radio plays one of her songs, and somehow her FB fan page shows up on my newsfeed and I get to thinking about it again. Which caused me to write this post.
If I hadn't gone through a divorce and Divorce Care Recovery, I wouldn't know what I know.
I had been told by my pastor that since my former husband had cheated, was not willing to change or work on our marriage that I was freed from my marriage vows. I had moved and was living with my parents states away. I began dating and thought it was fine, even though we weren't legally divorced yet.
When I started going through Divorce Care Recovery I learned that until I was legally divorced from my husband I had no business dating. That was a hard pill to swallow since I hadn't done anything wrong, and he was refusing to sign papers because he didn't want me to receive any of his Navy retirement.
God spoke to my heart and let me know that I needed to follow his command. I did and I've never been sorry.
I believe that is why Amy's actions bugs me!
Thanks for your comment! =)