A Ghost of Christmas Present - Preview 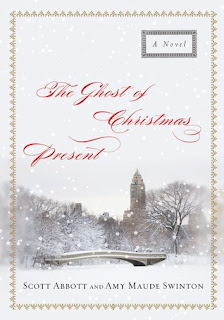 It’s the fourth Wednesday of November, and Patrick Guthrie is giving thanks. He’s giving thanks that his eight-year-old son, Braden, will finally have a procedure on his heart that will cure him of the same life-threatening condition that took Patrick’s wife several years earlier. But when Patrick suddenly loses his job teaching drama at a New York City high school, his already desperate financial situation becomes dire. Rebecca Brody, a social worker, shows up at his door with a judge’s order for him to appear before the city’s family court to determine if Patrick is financially fit, and Patrick realizes he is in danger of losing his son. Patrick knows that he must somehow make it through the holiday season to a new job waiting for him in the new year. He also knows that Ted Cake, his former father-in-law, blames Patrick so much for the death of his daughter that he, a rich and disagreeable man, is the one pushing the city to call the custody hearing and give the boy over to him. Now Patrick has only three weeks before Christmas to somehow make enough money to pay his bills, present himself to the family court as a fit father, and keep Braden in his life.

My Thoughts: I just received this book so I wasn't able to review it in time. I will post my review once I read it.
at October 30, 2012