I Wore The Ocean in The Shape of a Girl Reviewed Book Description
At the age of fifteen, Kelle Groom found that alcohol allowed her to connect with people and explore intimacy in ways she'd never been able to experience before. She began drinking before class, often blacked out at bars, and fell into destructive relationships. At nineteen, already an out-of-control alcoholic, she was pregnant. Accepting the heartbreaking fact that she was incapable of taking care of her son herself, she gave him up for adoption to her aunt and uncle. They named him Tommy and took him home with them to Massachusetts. When he was nine months old, the boy was diagnosed with leukemia—but Kelle's parents, wanting the best for her, kept her mostly in the dark about his health. When Tommy died he was only fourteen months old. Having lost him irretrievably, Kelle went into an accelerating downward spiral of self-destruction. She emerged from this free fall only when her desire to stop drinking connected her with those who helped her to get sober.

In stirring, hypnotic prose, I Wore the Ocean in the Shape of a Girl explores the most painful aspects of Kelle's addiction and loss with unflinching honesty and bold determination. Urgent and vital, exquisite and raw, her story is as much about maternal love as it is about survival, as much about acceptance as it is about forgiveness. Kelle's longing for her son remains twenty-five years after his death. It is an ache intensified, as she lost him twice—first to adoption and then to cancer. In this inspiring portrait of redemption, Kelle charts the journey that led her to accept her addiction and grief and to learn how to live in the world.

Through her family's history and the story of her son's cancer, Kelle traces with clarity and breathtaking grace the forces that shape a life, a death, and a literary voice.

My Thoughts: This book really touched my heart in a way that I didn't see coming. I found myself glued to the pages and hurting with Kelle. I am adopted and I know the joy my parents received in the gift of adoption, I couldn't imagine the pain of loosing me. Watching Kelle accept herself and become who she is now is quite the journey. If you know someone who is struggling with addiction I would highly recommend this book for them. I highly recommend this book anyway! I know it will touch your heart as it did mine!

I Wore the Ocean in the Shape of a Girl Official Book Trailer from Ben Rock on Vimeo.

I interviewed Kelle - here is the interview with Kelle Groom, author of I Wore The Ocean in The Shape of a Girl


Kelle Groom, I Wore the Ocean in the Shape of a Girl – interview with Andi Newberry

If you could have chosen your own name, what would it be? I like my name. Several years ago, my mother made a photo book for me, with childhood pictures of my grandmother, my mother, and me. For this, she researched the meaning of my name, and was worried about including it in the book, concerned that I might not like it. My name means “warrior maiden,” which of course I liked very much.

Your best friend’s name in elementary school? I don’t recall a best friend before fifth grade. We moved a lot. But when I was eleven, we lived in Orlando for a couple of years, and my closest friend was Susan Miller.

Did you have a special toy that went everywhere with you when you were young? Please describe. No. I was a reader. Books went with me.

What's your favorite movie? My favorites shift, but among the movies I love are Omagh, An Angel at My Table, Almost Famous, Breaking the Waves, The Girl in the Café. My favorite movie was probably shown during the CBS Children’s Film Festival hosted by Kukla, Fran, and Ollie in the late 1960s/mid 1970s. It was a fantastic mix of films from other countries – British, Russian, Czech, Bulgarian, many others – and when I watched them, I felt the world open up. Scenes are imprinted in my memory as indelibly as if I’d lived them, but I don’t know the names of the movies.

What's the bravest thing you've ever done? I think of bravery as being afraid of something and walking through it anyway – that willingness. It feels more like a desire to live, rather than bravery. It’s not one thing – it’s continual.

If you could meet a famous person, who would it be?
I’m not really interested in celebrity, but I love meeting artists and writers in all disciplines, people who are engaged in making things. But if I had to choose a person, it would be someone with a joyous curiosity – Janet Frame, Carl Sagan, Chagall, Kenneth Koch – but of course it’s too late to meet any of them in person.

Please describe your writing environment
When I’m home, I write in a small room surrounded by writing files, storage totes, many books. My table faces an open window. I like to be able to see outside, but once I’m writing, I feel like I’m in a protected space – another world – and the clutter around me disappears.

Who is your favorite author and what is it that really strikes you about their work?
It’s an impossible question – there are so many. But I can start with Merwin, H.D., Whitman, J.M. Coetzee, Nick Flynn, Tomas Transtromer, Anne Michaels, Malena Morling, Denis Johnson, Michael Burkard, Brenda Hillman, Carolyn Forche, Mark Strand, Nicole Krauss, Daniel Mendelsohn, Wang Ping, Philip Levine, Teresa Leo, Kevin Young, Elizabeth McCracken, Kelly Cherry, Terry Ann Thaxton, Jane Mead… Constructing a list like this makes me nervous because of the hundreds who should be included here. Like the foreign films for children that I mentioned earlier - so beautiful and strange - these writers open up the world for me.

What’s been the most challenging part of writing for you?
Time. Sometimes the choices I’ve made to get more time for my writing have seemed kind of nuts – taking off from work for a month at a stretch to write, giving up good jobs in bad economies to write full-time, accepting economic uncertainty – but writing is the work I want to do.

Who has been your best supporter? How have they been there for you?
It’s not one person. I’m lucky and grateful for the support of my family and friends who’ve believed in me and the work that I’m doing. The ways this support has been shown are innumerable. One instance – I was living alone in a second floor apartment after having had surgery in 2005. My friends Terry Ann Thaxton and Jeanne Leiby (who, terribly and unbelievably, recently died in a car accident at the age of 46) picked me up at the hospital and took me home. Jeanne got my prescription filled, and Terry moved into my small one-bedroom apartment to take care of me for the first week. Then she put out a call to my friends for help and scheduled them to bring me my meals, do my laundry, and keep me company for the next few weeks. Twice a day, my friends arrived.

What gift have you received that you will always treasure?
I’ve got a poem called “Ocean Ring” in my first collection, Underwater City. In the poem, I write a history of the rings I’ve owned, which is a kind of history of love. As a girl, I’d had the idea that when someone was loved, they were given a ring. I really wanted one. At eighteen years old, I got engaged, and thought, this is it. A ring. Instead, my fiancé gave me an engagement watch. I’d never heard of such a thing. As it turns out, it wasn’t love, we didn’t get married. When I tried to sell the watch, I learned that the “diamonds” were fake, cubic zirconium. “Ocean Ring” is also about my grandmother, who was very dear to both my brother and me, and the ring I mail to her when she’s ill, as if to wed her to me and keep her alive. When she dies, my brother can’t get to the funeral because of flight cancellations. In 2004, when Underwater City was published, he opened the book to “Ocean Ring,” and I could see him, in profile, reading about our grandmother – Nana – and crying. The next year, after I’d had the surgery mentioned above, he came to visit me. My family had been alarmed about my health as there had been a threat of serious illness before my surgery, but I was okay. The day my brother visited, he gave me a ring with a brilliant blue stone. “It’s the ocean,” he said. I knew it meant that he loved me, and that this was a way he thought I could feel it and be reminded of it, all the time.

What book are you reading now? What are your thoughts on it?
Gilead, Marilynne Robinson. It’s very beautiful and feels like a prayer about living.

What inspires your writing?
The world around me, and the things I don’t know/understand.

Do you recall how your interest in writing originated?
I began writing my own poems and stories at seven years old, inspired by my reading. My mother was an elementary school teacher, and at the time I was beginning to write, she was working on her master’s degree at the University of Hawaii. Her degree was in education, but her specialization is in reading. Both my parents were incredibly encouraging of my own education and writing. Soon after I began to write, my father bought me my first typewriter. 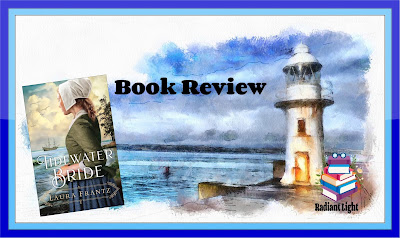